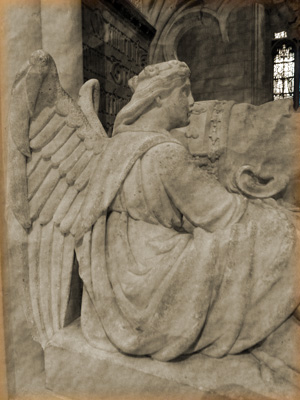 There had been some good news following my first lumpectomy. The doctor had also performed a sentinel node biopsy to see if the cancer had spread to my lymph nodes. That had come back negative, so there was something to be thankful about.

Just like before, when I went in for the second lumpectomy there was never a doubt for one second that they wouldn’t be able to get all of the cancer out. After all, how much more could there possible be?

The thing is, apparently it’s often rather difficult for a surgeon to identify cancerous tissue during surgery. She is looking at the x-ray to guide her, and she tries to remove as much tissue as she thinks is necessary. The tissue is sent to a pathologist who looks to make sure that there is a clear (negative) margin of cancer free tissue around the tumor. A second lumpectomy (or re-excision) in order to get a clear margin occurs about 20 to 30 percent of the time.

Again, everything went smoothly. Again, we waited for the pathology report. And again the news was not good. There were still positive margins around the tumor. At this point, there would really be no option but to receive a mastectomy on my left breast.

Surprisingly, I was still full of optimism even though it was obvious that I just wasn’t going to have an easy time of anything. I was going to lose a boob; it didn’t really seem like that big of a deal as long as it meant the cancer would finally be gone. In an email to my girlfriends I wrote: “Unfortunately, my latest pathology report did not go the way we were hoping. They were unable to remove all the cancer with the last lumpectomy, and so the next step is a mastectomy on my left breast. I will be meeting with a plastic surgeon to see if I’m a good candidate to start reconstructive surgery at the same time they do the mastectomy. That is what I’m hoping for — get rid of this damned boob ASAP and get a perky, youthful one in its place. Maybe they’ll even do a little lift on the right side; it’s the least they can do after all!”

But when I met with the plastic surgeon and he started talking about all the reconstruction choices I had, I felt immediately overwhelmed. We weren’t talking about just one surgery, but multiple surgeries over time to replace implants, to make the right breast symmetrical with the new one, etc. Would I use saline or silicone? Was I going to use expanders? Did I have enough of my own skin or would they need to take it from my abdomen or back? How would the new breast be affected if I had to have radiation therapy? It was more than I could handle. So I ultimately decided to be lopsided and worry about reconstruction later. Baby steps for this baby.

I went back to work for about a week and half between surgeries. I missed my students. While I was gone many of them had made me cards that were so sweet and adorable. When I got back to the classroom, they had lots of questions about why I’d been gone, and I tried to be evasive. I didn’t want to tell them I had cancer; I didn’t want them to worry. So I just told them that I had had a couple of surgeries.

In the middle of class, one boy looked me up and down and said, “Where did you have a surgery?” The other students told him he was being rude, and I just smiled and told him that if he wanted to talk to me about it he could see me privately after class, which, thankfully, he never did.

I told my students that I would be out again for a couple of weeks, and they were not happy about it. Fortunately, we had been very lucky to have two wonderful substitute teachers during my absences. I was still making lesson plans and correcting my students’ papers, so they knew I was keeping an eye on them. When I left them again, on March 19th, I got lots of hugs, and I told them I’d be back soon. None of us knew then, that I wouldn’t be back for the rest of the school year. 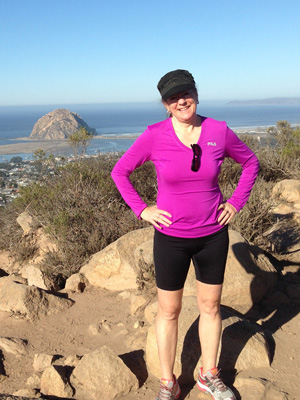 I had my first lumpectomy for breast cancer on Valentine’s Day, less than ten days after my initial diagnosis.

When I met with my surgeon, Dr. M., she showed me the x-ray of my tumor, and it was not what I expected. Instead of a round mass, which is what I always thought breast cancer would look like, I saw a streak of white, like a bolt of lightning, traveling through the lower part of my breast and up towards my nipple.

Even knowing exactly where the tumor was, I still couldn’t feel it. Without a doubt, that sucker would have been there growing for a long time if I hadn’t gotten a mammogram. (Some time later, my husband, Michael, and I went back to the Kaiser receptionist and thanked her for being so persistent about rescheduling the mammogram after my eye appointment.)

It might sound strange, but the occasion of my lumpectomy was a cheery one. My sister, Kris, was there with heart shaped balloons to celebrate the holiday. I tried to joke around with my stoic surgeon without success. I even had Michael take a picture of my boob, knowing it would never look the same. Despite the fact that I was “going under the knife” I was happy that we had caught the cancer and were going to get it out of me as fast as possible. I knew that I’d recover quickly and be back in the classroom in no time. My biggest was question was, “When can I start running again?”

Everything went smoothly. Dr. M. was happy with the surgery. I was bandaged up and sent home before you know it. And then, again, I started to wait for the pathology report. Beginning to wait—what a paradox. But I wasn’t worried. It never, ever crossed my mind that my surgery wouldn’t be a complete and total success, and that this little experience would just be an inconvenient blip on the radar of my life.

Until I got the call from the Dr. M.’s assistant. There were no clear margins. They would have to operate again. And this time, might I consider a mastectomy?

Whoa! A what? A mastectomy? Hold on just a second . . . Hadn’t Dr. M. felt confident? Didn’t we ALL feel confident that I was done with this whole cancer thing? How was I going to tell Michael, my sons, my sisters, my dad . . . I hadn’t been successful. It didn’t work. We were going to have to try again.

I decided to go for a second lumpectomy. Baby steps, was my thinking. Little by little. No use in taking off the whole breast when I could possibly get rid of this mother f@*ker with just a tad bit more scooping.

How fast could we do it?

In less than two weeks.