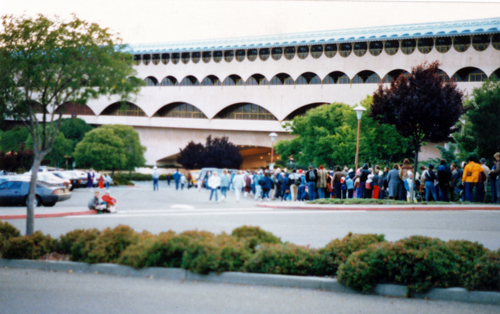 Twenty-five years ago today, my two sisters–Kris and Kathy–and I woke up at the crack of dawn, bundled up, and caught a shuttle bus from the Marin County Civic Center to the outskirts of San Francisco’s Golden Gate Bridge. It was the 50th anniversary of the opening of the Bridge, and for the celebration the Bridge was closed to traffic for two hours between 6 to 10 a.m. so that people could walk right down the middle of the span. 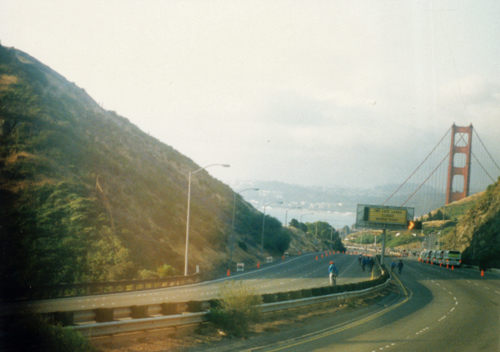 Over 300,000 people came out to celebrate and re-enact the Bridge’s opening ceremony of 1937. At that time, the 4,200 foot long suspension span of the Golden Gate Bridge was the longest span in the world. That distinction lasted until New York City’s Verrazano Narrows Bridge was opened on November 21, 1964. 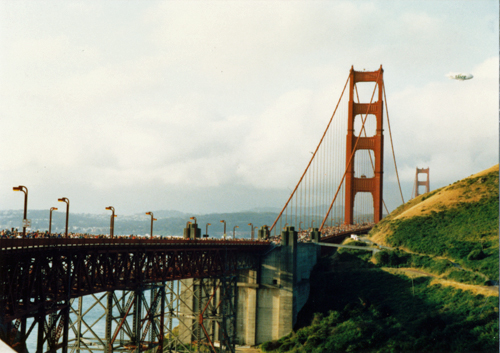 Out of the Bus and Walking Towards the Bridge 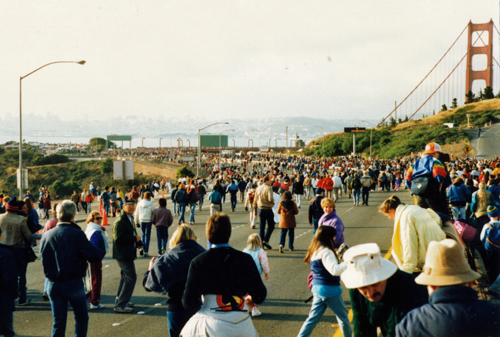 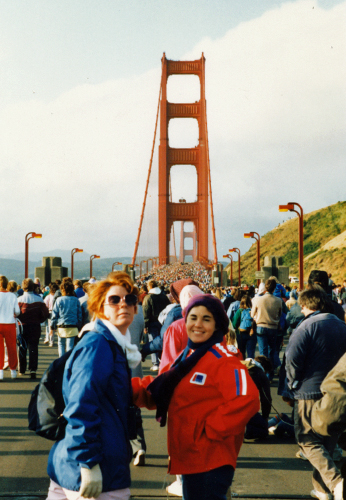 Everyone was in a sunny mood–so excited for the opportunity to walk down the middle of the Bridge; it felt like a once in a lifetime opportunity. I stopped to take a couple of pictures, right in the center of Hwy 101, realizing that I would probably never get the chance to get these two shots ever again. 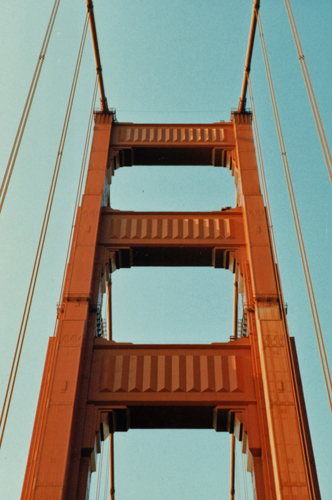 Looking Up at the North Tower 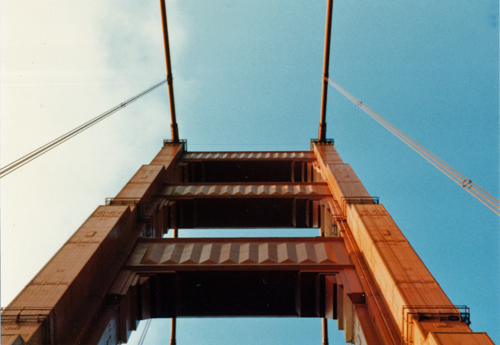 We tried to walk across the entire length of the Bridge, but somewhere around the middle, the crush of people became so great that we were forced to turn around. People from San Francisco were trying to get to the Marin side; people from Marin were trying to get to the San Francisco side. And there we were, stuck in the middle. Kris always reminds me that technically we didn’t really walk across the bridge. Whatever, Kris! It was awesome just the same. 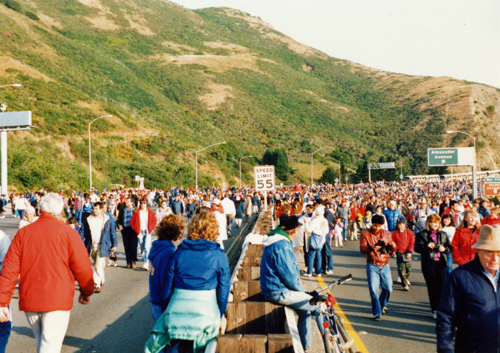 Heading Back to Marin

Apparently the Bridge’s natural convex shape actually flattened out under the weight of all those people. According to the San Francisco Chronicle, “Some people who saw it slowly straighten out, like a steel cat stretching, were alarmed, but not the people who know the bridge best. ‘There is no way to put enough people on that bridge to cause any structural failure,’ said Dan Mohn, the bridge’s chief engineer. ‘You’d have to stack them three high, and even that wouldn’t do it.'” 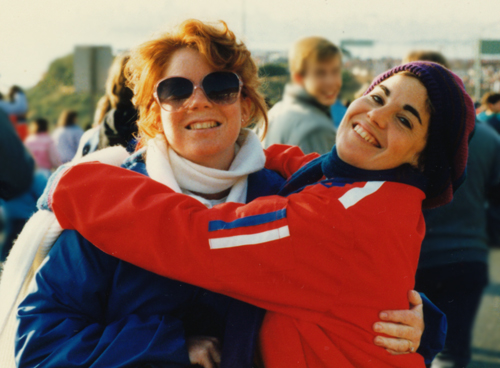 Still, there will not be a repeat this year of the Great Bridge Walk of 1987. Officials are too worried about the effects on the Bridge. If they did allow us to cross it again, you can sure that Kris, Kathy, and I would be there with bells on. Well, we can always hope they’ll change their minds for 2037! 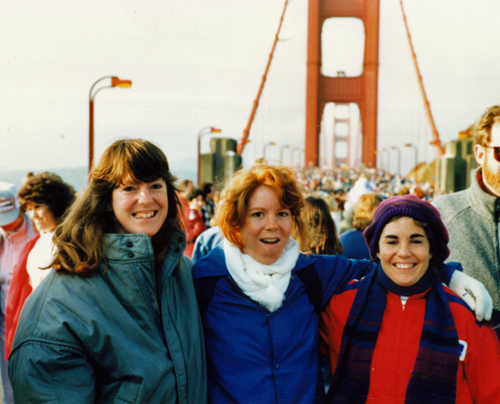 My Sisters and I Looking Windswept and Modelish

P.S. Thank you, Michael, for staying home with Christopher!