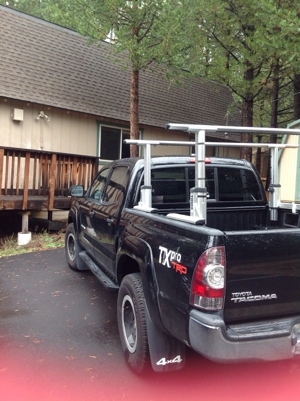 Our Trusty Mode of Transportation

Yesterday we started the first leg of our road trip across the United States. My sister Kris and I are driving from the San Francisco Bay Area to Philadelphia, Pennsylvania over the next 10 days. That’s over 3300 miles.

Friday we drove from my house in Benicia, California to a friend’s cabin in South Lake Tahoe. We’re staying here for two nights with six of our girlfriends.

We drove up Highway 50, which was smoky because of all the fires in Northern California, but there was no traffic, which was great. As we passed by Placerville, we saw lots of signs along the road thanking the firefighters for being there. I think the rains over the past few days have helped to calm the fires. A lot of fire trucks were heading in the opposite direction back down towards Sacramento.

Along the way we passed a little town called Kyburz. There was a sign outside of a building that said at the top “Welcome to Kyburz” and at the bottom of the sign it said “Now leaving Kuipers.” Blink, and we would have missed it. 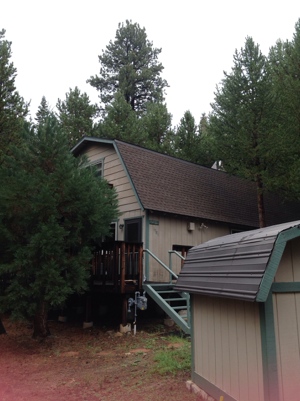 When we arrived at the cabin, we got out of the car and were greeted with crisp, fresh mountain air. Some of the girls were already there, and it was great to see them.

That evening we went to Heavenly Village and ate dinner at a new restaurant called Azul Latin Kitchen that already has 4 1/2 stars on Yelp. The food was great (be sure to ask for the special) and margaritas were made with fresh squeezed lime juice and tasted fantastic. Our waiter was a cute young guy named Eric. By the end of the meal some of my friends were trying to hook up their daughters to this personable waiter/nurse’s assistant/paramedic-in-training. He was very good-natured about the whole thing.

After dinner we walked to Harrah’s to do a little gambling. The place was smoky, there were scantily clad women everywhere, and a lot of foul language. We saw two fights almost occur with more bad language being thrown around. I lost $20.25 playing The Wizard of Oz slot machine which mezmerized me with its amazing flying monkeys. But when the guy next to me lit up a cigar, I knew it was time to go. 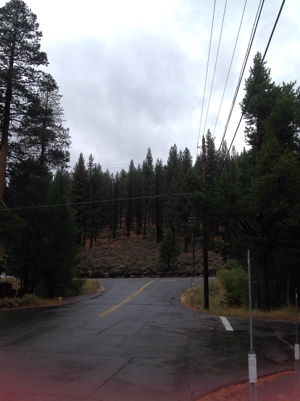 Looking Towards the Pioneer Trail